Two thousand and Seventeen at last, and, at last We are playing in Moscow: https://www.facebook.com/events/708180359360120/    and at last, playing not only two sets (Black Sunroof! and Skullflower) but finally and joyfully getting to play on a bill with modern Bon practitioners Phurpa. 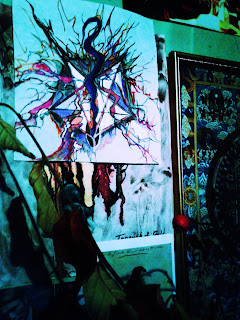 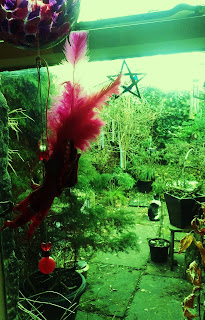 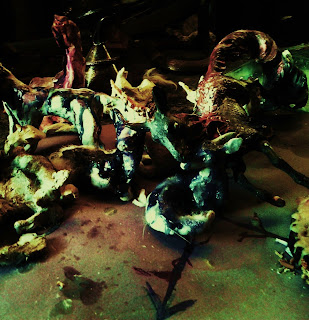 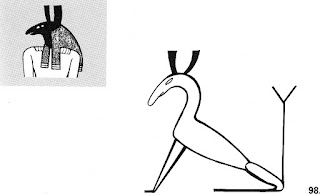 'The black iron that fell from the stars to dwell within (bear it or be it)' is the title of our new LP for Egypts Nashazphone records. The first in a Trilogy entitled 'The Darkness of Aegypt'. This first volume bears the imprint of Set, with Horus and Apep to follow. The inspiration and artworks have come from our tireless friend and Nashazphone creator Hicham Chadly. 'The Darkness' referred to, is of course one of biblical plague weapons used by the Jewish Conjurer Moses. It refers to a universal dark averse shadow stuff, from which we construct our Altars to Set / Ghede. The black iron that fell is meteoric, and alongside with Sets use of the iron spear 'that only he may hold' to cyclically kill the Serpent, and thus enable day/night pattern, links Set wth Tibet where such metoric iron is one of the main ingredients in pre buddhist sorcery. That some of us feel the tug of another star, that this star is Sirius, Dog-star and sacred to Set, and therefore the black iron nails of vudu (and the bar of red hot iron hidden in the temple fire, that is the cosmic sex drive) Set's spear, and our iron blade phurpa, are all links in a chain that leads to Sirius. Now, briefly, Horus is hawk; what animal is Set?

David Wood, Genisis. An extinct creature; erased, and a hated/feared belief, its monuments toppled and defaced. Memory of these creatures is very important to us who continue this path today. The Set creature reminds us of the Thylacine. The first time I heard it mentioned in art was, and remains, Jhon Balance singing 'we worship at the shrine of the Thylacine'. A few pictures to break the heart, realising this beautiful creature was lost, so mediocre man could multiply more mediocrity. Read WSB 'ghost of a chance' again. 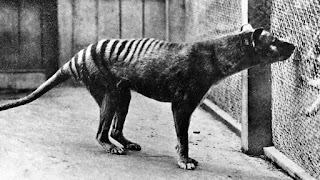 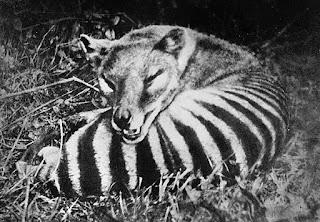