Confronting a sea, a moor, or standing on a mountain, you can almost hear the unknown, invisible presences; you know they are there, almost within touch, speaking an occult language, and you feel the power rise up within. You are the lightning rod, the receiver of a pantheistic, atavistic surge of ultimate energy and power, and it makes you laugh with pure delight or cry with gratitude.

We offer an invocation to, and an evocation of the hidden, averse, heathen powers that seethe within our native soil. Come leave your timid gelded civilised masks, bow down and rise up, reborn, within our whirlwind.

'As Above, So Below,' or 'The Hunger', or, Separated at 'Birth' / William Blake: Tibetan Bloodthirsty daemon. 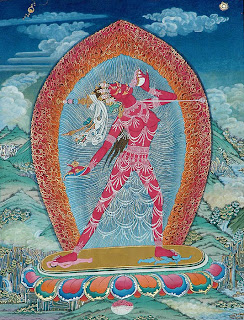 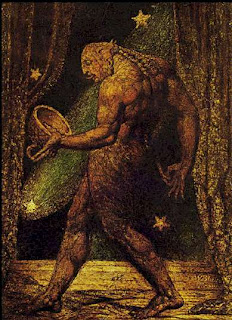 By Joeri Bruyninckx
This interview was originally published on the Foxy Digitalis website on December 10th, 2012, and can be read here: http://www.foxydigitalis.com/foxyd/?p=42317

Sunroof! is now called Black Sun Roof. Feral is the first album in five years and Matthew Bower’s music still feels, as he describes it himself, “like standing under a waterfall.”

I was in a toy store this afternoon to buy a Saint Nicolas present for my daughter. In that store, I saw a boy, 4 maybe 5 years old, who wanted his mum to buy him an electric guitar. The mother tried to convince him to choose something else, but it was clear the kid had already made up his mind. And I thought: what is it about an electric guitar that fascinates boys?

Same thing that makes boys or girls want: Cake! Pony! Gun! Sword! Drugs! Puppy! Or whatever… it’s a fantasy weapon. There is a proportion within that who are more amazed by the touch-sound magic. The notion that I am a kind of Universe B Eddie Van Halen is touching, but says more about the artistic-critical pattern recognition of the human brain than it actually reflects any of me.

What was the first record you heard that made you think: I want, no: I NEED, a guitar!

Soo many songs, or rather riffs, moments in song. ‘Rebel Rebel’ by David Bowie, the solo at the end of ‘Goodbye To Love’ by The Carpenters, the opening minutes of ‘Shine On You Crazy Diamond’ by Pink Floyd. The chainsaw leering panic of Sex Pistols. The impersonal yearning fantasy falcon of ‘Siberian Khatru’ by Yes.

There’s a 5 year gab between Feral and the last Sunroof! record. Have you been working for 5 years on this album?

No, I just did tons of Skullflower in those years. Feral was made in 2011, apart from the track that is from 1990.

When I listened to Feral, I had to think: is Bower his music a celebration of rock or a destruction of rock? Maybe he’s not celebrating rock music itself, but the feeling that rock can give you.

Yes, the feeling, the sound without the song. It’s a destructive celebration.

I saw you live twice, and both times, I felt hyper after the concert, ecstatic. Even afterwards at home, in bed, I could not get to sleep because I was still feeling the adrenaline rush. Do you have the same feeling when you play this music?

No, I could live very happily and never play live again, it’s a double edged sword. I have felt and will feel that rush, but been playing live, on and off for 30 years now, so there is many other factors and feelings.

There’s a CD that comes with the Feral LP which is a Sunroof! best of, compiled by yourself. Why did you want to make this compilation?

Not just Sunrooof! but Total tracks too. I compiled it for my own pleasure. It is a focusing on the tracks that have something extra, a quality that just appeared, was not intended. It’s a collection of anomalies and transcendences without too much going through the motions, and as it’s the tracks where ‘I’ am to some degree ‘absent,’ you see more of my ‘Daemon/HGA’ and less of ‘Me,’  SO: it’s the Greatest Hits of my Tutelary Daemon.

I would generally accentuate the dark over the light. The ‘light’ psychedelia I would see as merely life affirming, white bread stuff.

If I would force you to bring it all back to one name, for you personally, it won’t be Dylan, Hendrix, and most definitely not The Beatles, but Lou Reed, right? Why him?

I think the arrogance that comes from feeling like you’re the abandoned prince forced to live in exile amongst people, when you’re not a person. Plus the ‘Lou Reed mid period’ to make great hateful spiteful art out of mediocre lazy music, weird alchemy is present. And then ‘Street Hassle’ and ‘The Bells’ are like a special new form of music, magical chamber operas.
I was programmed to at least try heroin once by the VU. I love that irresponsibility. I could have died, but I didn’t, and I’m far richer for it. And I feel like Jesus’ Son.

To me, there was always a clear difference between UK noise and US or Japanese noise. Noise from the UK always had some kind of melancholy over it, and it feels more introvert.

That would be me and Ramleh then, but forget the ‘noise’ bit and see it as the wild melancholy of English Folksong, with its Viking and celtic overtones, hear it also in Vaughan Williams and the bitter sexually alchemic imbalances of Benjamin Britten. We have an Islands ‘apartness’ and a fierce, defiant melancholy.

Do you see yourself as English?

Of course I see myself as English, half of which is simply accident of birth, the other half is a spirit that is atavistically linked with the feral English tradition, the presiding genius of which is William Blake, with Aleister Crowley in more recent times being its most excellent Ambassador.

You’re very much not present on the net. Why is that? Is it because, besides being a musician, you’re just a man with a day job and a family, so you don’t want to spend time online?

Can I just update you? I am Not just a Man, I have No ‘Job’, and it is nearly ten years since I left my ‘family,’ who have subsequently been very happy and become grown up.
Now the internet question: I do not have that access at home, neither do I have television. I will waste my own time, rather than be distracted. But actually I am ‘present,’ I have laboriously typed and recounted some important aspects of my life that relate to music and these are online at Skullflowertruth.blogspot.com.

Feral is out now on VHF
Posted by Skullflower at 04:30 No comments: