Last Days of May

Jewel in the Skull... 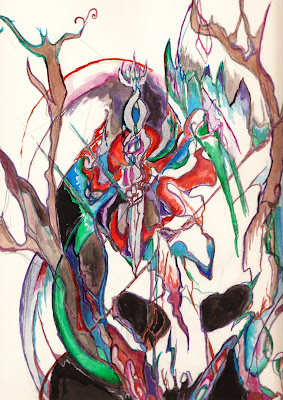 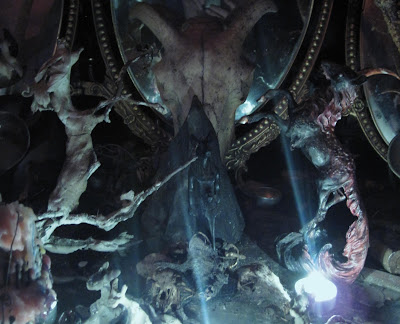 Zemblan Emblematic Heraldic Beasts. Did I ever mention '4 black suns and a sinister rainbow' is a described heraldic device in Game of Thrones? (future post about GoT and how it's a warm genetics house, accurately describes a world where magick is 'real' . See also 'Powr Mastrs' (how I long for transformation night)) Anyhow we love a little heraldry, a bit of a show, and the kirin has aquired a very special friend to dance with, in some terrible, awe-filled symmetry, and yes, even the toad seems to be high-kicking for joy...

A wonderful exhibition at the Tate Liverpool included amongst many visceral thrills and swoons and ferrets, the above, 'the magical world of the Mayas', a large work where the eye can roam and rove, and you can lose yourself in the details (the best immersive trip into a painted world of perfect beauty and awe we've had since Jupiter and Semele at the Moreau Museum, Paris) and, just to the left of snaky chasm, I found: 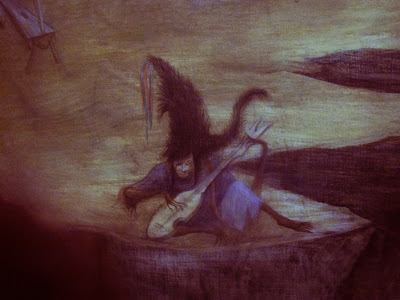 Our picture: the lens had suffered wine damage, and it was just darkness, so I 'enhanced' (just like blade runner, a tumbler of chivas regal, ice clinking and me talking to the computer) and He appeared.I don't think there's another image of him quite like this... 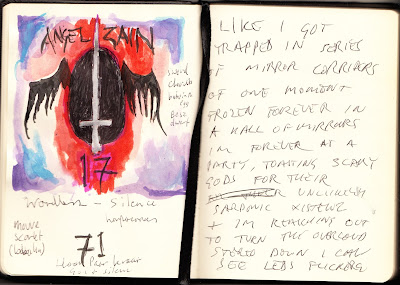 I nearly wrote note to self... but I love the Coil song Paranoid Inlay where Geff narrates: "Dear Diary, I must take risks. I must not be afraid of failure. What do I need to give up? Crystalline ladders, shiny things, mirror-balls." And speaking of mirror balls.... 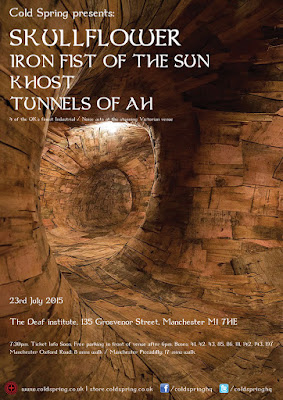 Special Thanks to Jo Cold Spring for designing this beautiful poster, redolent of the Tunnels of Set, and being Lost in the Woods... 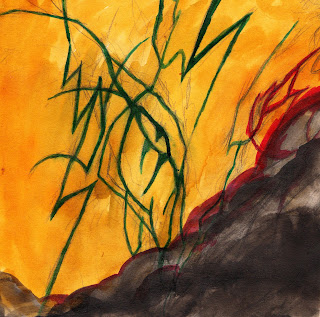 picture for sale. £17 plus post. approx 7" square. pencil and ink on paper. 2010.
Goodnight, thank you for your kind indulgence. 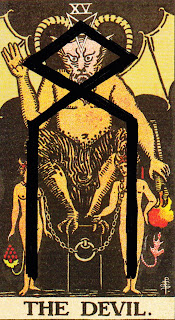 Voltigeurs - Possessions Dark Reflection
Within the realms of a fairly harsh discography, Voltigeurs' Possession is a Harsh One, so it's almost unfair, in a way, to reveal, and release, upon an unsuspecting multiverse, what is known to us, as Possesssion's Dark Reflection.
Issuing from the same time realm of madness /self discovery that Possession charted (west yorks and the reverse of the tree 2010-12), pdr collects the most outre, and 'wrong' pieces, that provided crazed detours, and monstrous outgrowths along the way.
When a set of tracks, an album, leaves the house it also leaves behind 'the others' - the music too 'just another track' or just too 'wonderful in the right mood but unlistenable the next day'.  These 'others' should perhaps have been locked in the attic. skullflower.bandcamp.com 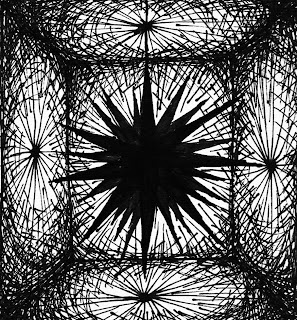 Posted by Skullflower at 05:03 No comments: 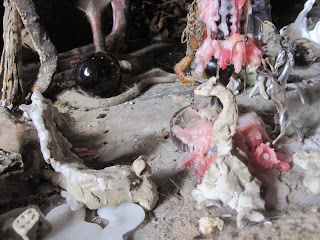 for my 53rd birthday my true love gave to me.....
a medieval psaltery
and a kirin.
A meditation played upon the psaltery, which is dedicated to the Peacock Angel, is now on skullflower.bandcamp.com
to which I will also be adding Last Shot at Heaven (with a few extra tracks) soon...
here is the kirin: 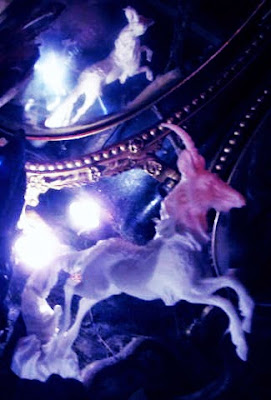 Posted by Skullflower at 18:51 No comments: 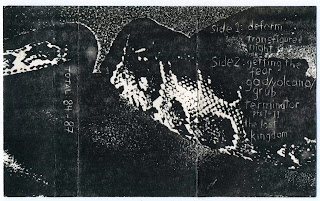 I will be putting other old and new works up in the coming months.... 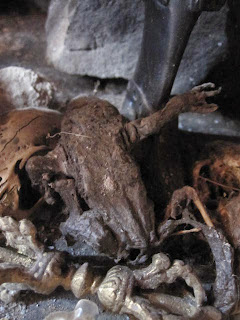