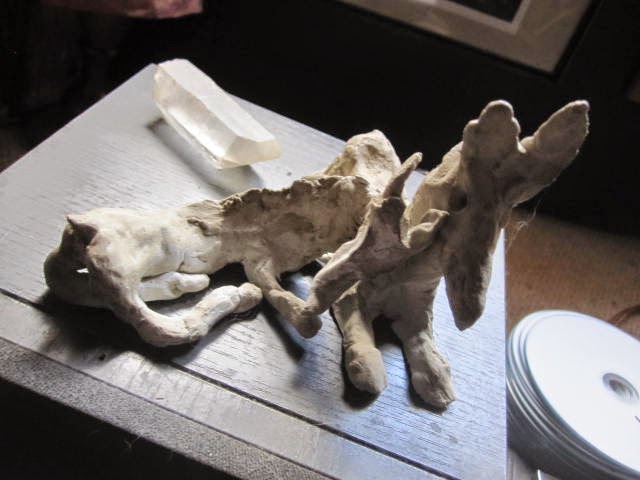 A Symphony of Seven Aires for the Witch Queen: Seventy minutes and Seven seconds
Seven jewels in her Diadem, the great mother; Typhon, Coatlicue, Chaos
All Evil proceeds from the Seven stars, Ursa major, great bear, upright in our sky, the axe, the cleaver, the neither, dividing thigh constellations, and then..., one more..., the (h)eighth, and then; one step more, across the parquet floor, one more star, ninth... twinkling green Siriuss.... where the jungles are, and the deadly nightshade firebirds cry around the ruined military temples, over which black shapes hover, blotting out the sky... the ships are leaving, this time, maybe forever. Before I pass out I see, etched in living crimson fire, runes on the space ships...
Temple One: of Glass
Temple Two: it's in the Trees, it's coming
Temple Three: Shards of black rotor blades
Temple Four: the Castanets of Death
Temple Five: of Red Leather and Bone
Temple Six: Like an Inca (Runes on a Spaceship)
Temple Seven: of Obsidian 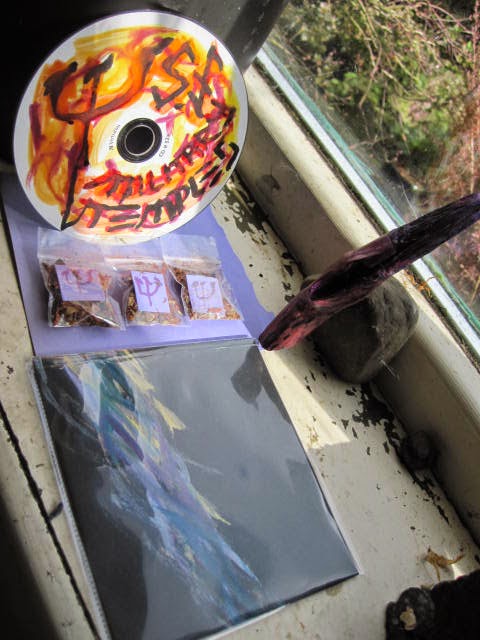 Edition of 41 hand inked cdrs with Live Musick Ritual Altar incense in hand inked sleeve,
of which 11 are the deluxe edition with hand finished fetiche from Gondal/Land of the Dragon
£11 plus £2 post and packing uk (£3 europe/£4 rest of the world)
deluxe edition £22 (post and packing will be calculated individually)
write to blog address to reserve/payment details
there will be a digital release via bandcamp (plus some archival etc) eventually 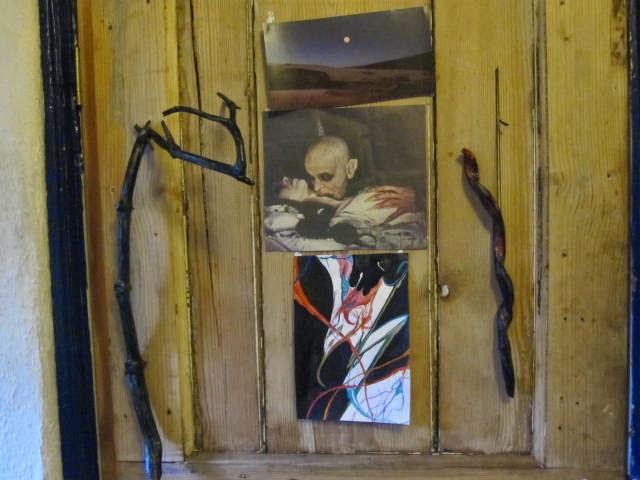 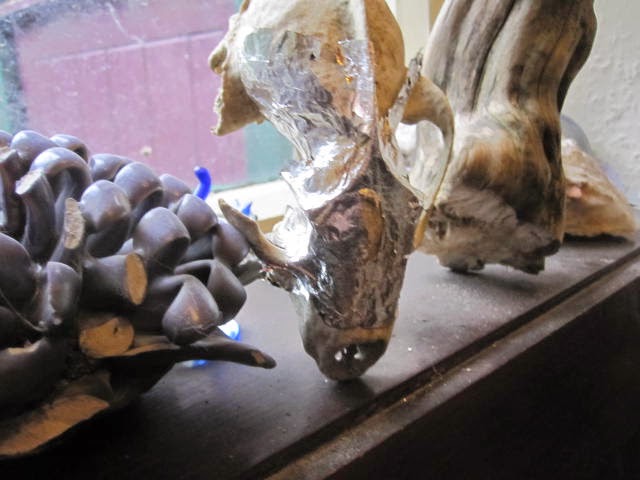 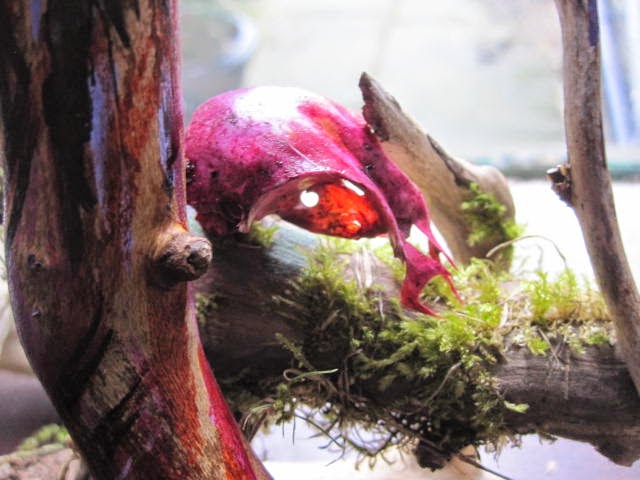