Skullflower-the name
I have as far as I remember been dogged by that feeling that I am not ‘real’, that ‘real’ life exists outside somewhere, that I am waiting in some kind of dream, for my life to begin. I think of zen being similar in that we are shocked in to realising that life IS THIS, NOW. I have felt the pain of a barrier between I and some authentic existence, what follows is the account of a flowering, a realisation.
From 85-87 there existed on occasion, something called the group(on cassette covers of rehearsals the name ‘total’ and also ‘young raiders’ were used, without conviction) that existed at various rehearsal rooms in London, sized between 2-5 people, it would make a racket and then cease. When this group had actually gotten to the stage of a couple of studio session, and releasing a record, a NAME was needed. 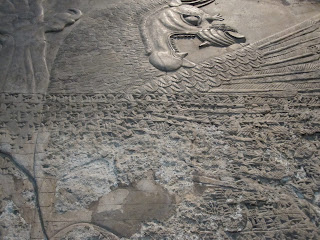 In the post industrial fallout I was piecing together parts of a personal aesthetic, resonant to this was seeing an exhibition of Mexican day of the dead skulls at the serpentine gallery, London. As a child my three biggest aesthetic/spiritual influences had been: Greek myths and history; especially the Spartans (the boy who had his heart gnawed out by a fox without crying out), the war machinery, decoration, and insignia of the Third Reich, and via the history of the Conquistadores and Cortes, the martial culture of the Aztecs. These skulls with their entwined symbols of death and a sexual flowering linked powerfully with my childhood atavisms of blood and sacrifice (and the Sun, but this is not just the mundane sun that brings light and life; one of the most powerful symbols of my early manhood and my experience of ‘industrial culture’ had been the nigredo, the black sun of alchemy) So the portmanteau word ‘skullflower’ was birthed for me then.
With the group I often felt that somehow we lacked the ‘reality’ that certain totemic groups had for us then, especially the Butthole Surfers, what set them apart from other American noise/rock groups of the time, was a certain unfakeable wildness. Other groups such as Sonic Youth, Big Black had a certain assumed air of name-checking Manson, blue collar violence etc, unable to rid themselves of the feeling of a knowing distance from their subject, (see, like my own worryings about the real, I admired those groups and their ‘success’ and would have wanted it for myself, but KNEW that was a bitter illusion) which meant however wild their sound they didn’t break the barrier, and become WHOLLY OTHER (especially think of Roeg and Cammels ‘Performance’, Turner's block, the necessity of going ‘all the way’ linking here to my childish notions of Aztec sacrifice, and my reading at this time of Bataille's Acephale writing) One thing that struck about the Surfers was they often appeared to be tripping on LSD and embracing the darkest side of that, leaving themselves open to possession and madness (the word Shamanistic has become befouled with new age nonsense, but that is what they were) in a way that made, say the Swans, (and also my previous group, Pure) look like art school performance, always still themselves.
I therefore took LSD in the summer of 87, not something I looked forward to as recreation, and lying crucifix wise, open to the noonday sun above me, on a west Cornish rock outcrop, surrounded by silver spray and waves, the warm rock against my spine, my eyes closed with the sun flooding my brain red, I squeezed my eyes tight (see Salvador Dali ‘Angels’) and the sun went black and exploded in my skull, tearing a fissure, a red purple cunt flower into my brain, whilst black and white lightnings shot up and down my spine. I physically felt this, and subsequently have understood it in terms that my pineal ‘EYE’ opened that day, never to ever totally close again. I felt no doubts, I was as the Christian mystic who had met his God, (except I was not deluded like him, this was really mine, and I was My Own God.) Thus was the Skullflower born, not just as a clever name, but as a real mystical experience.
Having a functioning recording session where the group is all tripping on strong (white lightning) LSD, is not easy, but if we could do that and succeed then I felt the results would be something I could believe in, a received transmission from a place where we weren’t just our regular selves, I needed to bypass what i/we were, didn’t sufficiently trust myself almost, as being worthy of making records.
Needless to say I had epiphanies playing like that, the first track on Birthdeath, I am clinging to a raft, of the beat and then shattering it/everything with bass chords that filled my skull/universe with the blinding white light flash of annihilation (Dalian angels again, Hiroshima, atomic angels). The aftershock of which is that white light and black are one, fused negative existence. Then I’d become aware of the floating wreckage again, the dark sea, objects bobbing about, us, the raft, gripping the metal neck of the bass, I’d tighten myself, braced aaaaannnd RELEASE::::::::::::::!
Not a crossing of the abyss, or into universe b, but an irruption of the volcano, a simueltaneous fusing of universe A and B, a superimposition. 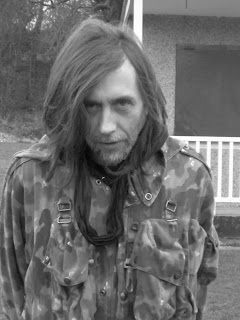