And Heaven Will Burn...

being a firsthand despatch from the Skullflower/Black Leather Jesus 'Sad but Awesome' tour. Fevrier 2016. 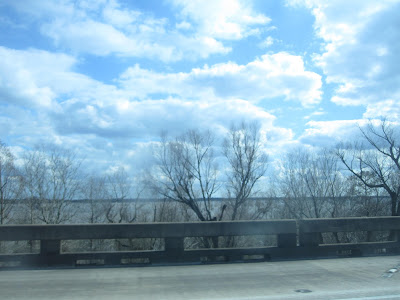 As we are approaching neworleans, across the beautiful stark paralell piers by grey sunburnt pine wreckage like cambodia sunset/max ernst :sky quartered and dizzily owned by eagles and skinny black taffeta crows and grackles: a delicious feeling of being watched, noticed, observed; both by the material and immmaterial beings of that place, an upstart ancient city, in terms of london, rome, and yet, how more properly ancient, as some withered mummified dream of cairo. and so, managing reasonably good manners ourselves til playtime then: 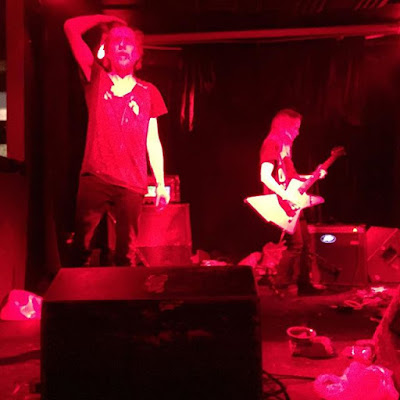 kranke.kranke kunst,whooshwhirr grind upupup to the bar.you take.yr life in yr teeth.and howl with it.howl down yr majesty.yr debased angelic majesty that flares even as you stare life in the teeth in all its stupid debased mangelic ajjesty. and howl. and move so very slightly, caught in the force field, and the stars slip sideways with sirius by the freeway, but everything slides changes on the subtlest tension on the microphoan which i am using as a powerful focussing lens. I am warping and changing something within (diaphragm?) i am dreaming it (cf ligotti 'o rose of madness bloom) what is focussed thru this lens?, blood is burning in the bowl, and the crystal phurpa is unaccountably warm, almost wet in the gllimmering soft night, yes all lenses are trained, i am in fact downwind, no god channneller, but an attendant, our mistress of the smoking mirror and her red destroyer are in the vanguard in entreating the Dakinis, the daughters of lilith, the female laughter of joy in destruction (ohgod i must hearby therefore got to cry as i say the brunhilde too, saying goodbye to her horse, grane, before riding him into the funeral pyre, producing the conflagration that will make heaven burn) and therefore i also calll gondals imperious qeen, emily bronte, who fellt the sylphs and undines of the yorkshire moors, caressing her soul as they ravished her fleshh. but thats afterwords. on that electric incense stage, its primal, im a lizard, and yet, when we're good we're kind of refined? but thats why i like us, 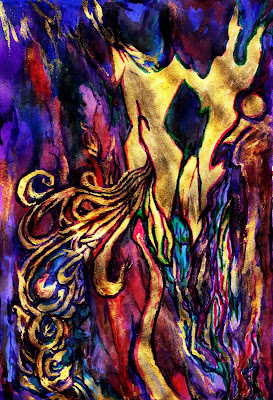 and when the world, or a town, or a city, vaguely kind of approves of us, y'alll, and you more than vaguely approve its mulelike, reggae sci fi (the busked 'wish you were here' mutating into 'all you need is love', the palms the aged grey wood warping, everything like a shrunken head, in on itself, the divine comedy of walking round Saks 5th avenue w/ richard and sean (the muzak some kind of avant garde slo mo duran duran intro that never resolves itself) a kind of sunset dreams whitby atlantis in a swamp, 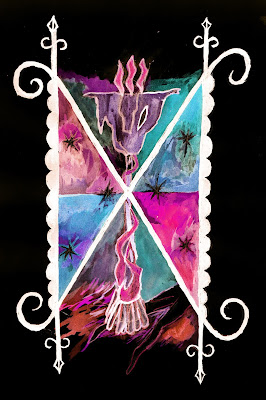 so i am calling at the carrefour, la place of the crossed roads, hecates gateway and the crossed veves of papa Nyarlathotep (the crossed velvet paws of Nyarlathothep), i am calling my lord and master and servant ghedhe, with the barbarous names of evocation, i am howling them, and they are sufficiently alien to work as carrier requenccies, for this is his name in this place of power (though truly in my heart he is always SET ) .  i am howling them in this temple of pleasures, and it is become a lonely place, desert, the cities of the red night, and our red temple incense is around me i plunge my face in the smoke feel its hot breath its cool grey tatters wreathing me and siberia is the lonely charnel grounds of tibet, hot dry frozen, the grey smoke like the ancient grey wood, 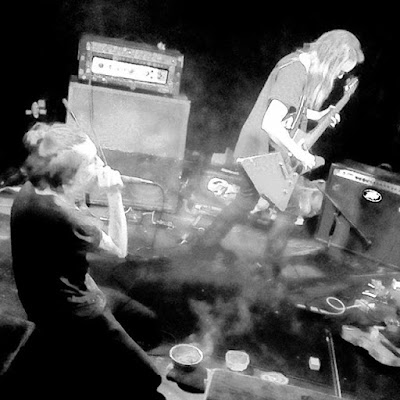 i howl to raise the khamsin of sound, that exalts my being in the trembling blasts of creation, this strictly unnesccesary howling, announcing, the burning of heaven for the general joy-of-the-thing. What does this demon adoration tuning consist of for the body, that must endure, within the maelstrom: twisted as in a great wind out of dante, on a trio of limbs i enact the lupine wolf howl my spine bowed, then thrust forward and up, extend/collapse, panting groaning the microphone buzzing against my face, the sound gone fuzzy/grummbled, then:shrieeekbanshee,howling. some smashing on the old wooden stage. 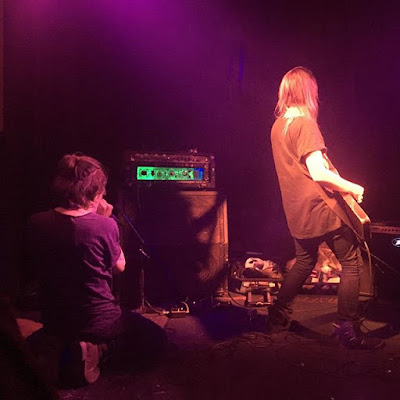 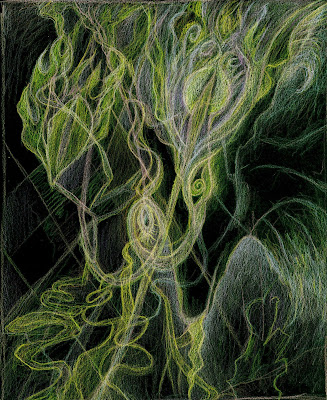 pure, Air Gallery 1984 (with Coil, their first show?), burning the bible, eating the ashes, raising the storm (and richard played the virgin prunes in the car, remembering how pure was influenced by seeing the prunes in 82)
and then its NOW
sf 2016, the red incense, the howl, what was 'art' is now real, belief, willed: religion
amen. amon ra. Set in the prow of the barque, the iron only he can touch, raised on high, caduceus: coph nia. Our iron, our sword. amen. 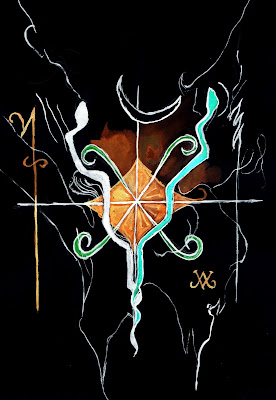 thanks y'all, but within our karass: thank you Richard and Sean, Wonderfully malign Rosemary and Jarrett.
Posted by Skullflower at 15:27 1 comment: